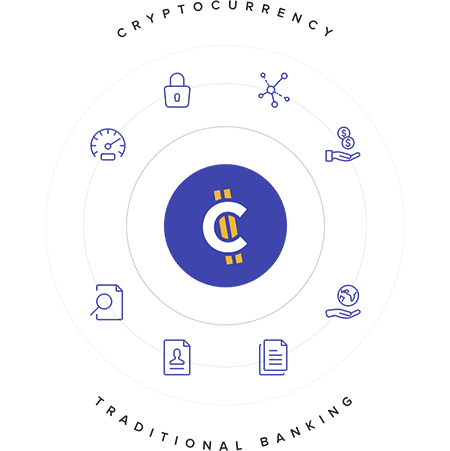 You can now send BitCash to anyone on Twitter using only their Twitter handle. Gone are the days of having to send and receive complex cryptocurrency addresses just to send someone cryptocurrency - and even though BitCash already has easy to use nicknames, we’ve taken it a step further so now all you need is anyone’s Twitter handle and you can instantly send them BitCash.

The community’s goal with BitCash as we’ve communicated consistently is mass adoption and ease of use. We feel that this takes BitCash a step further in making it seamless for anyone to send and receive cryptocurrency in seconds.

Want to tip your favourite Twitter celebrity? Maybe accept payment for a retweet to your followers, or even run a competition on Twitter. The potential is only limited by your creativity and we’re excited to see what the community does with this new feature. 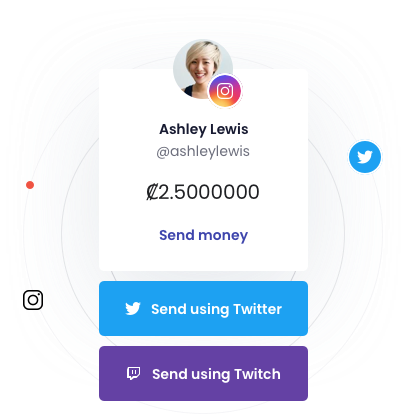 Where Quora put an oracle in your pocket, PeerQ also creates a peer-to-peer knowledge economy. It incentivizes participation, rewards the best answers, and provides real-world utility for the BitCash cryptocurrency.

As well as crowd-sourcing answers to their most urgent questions, users can also post tasks to complete. This ranges from sharing social media posts, subscribing to channels, or creating brand new content.

Visit the PeerQ website Read more about PeerQ on Medium

With named accounts, there is no more fiddling with messy blockchain addresses designed for geeks and crypto enthusiasts. 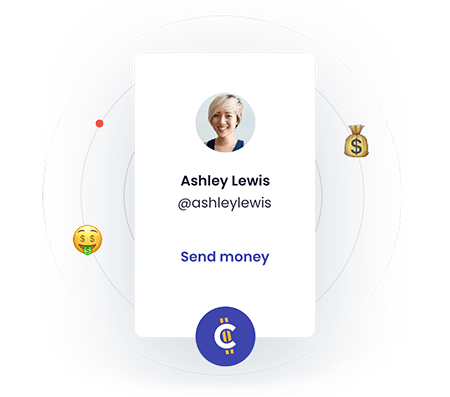 Buyers using BitCash can enter in a private record which is only visible to the buyer and seller - this creates stored transaction records making it easy to see where your money went, manage your cashflow and plan for taxes. 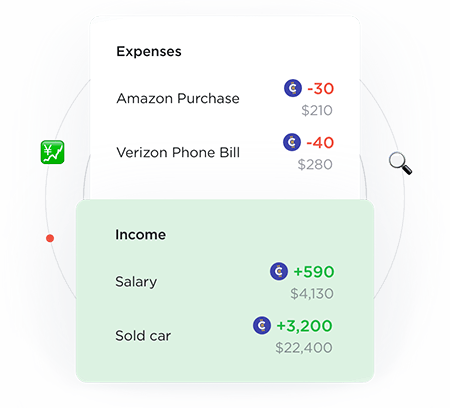 Using the power of blockchain and super fast transaction speeds, BitCash allows you to send money across the world faster and cheaper than traditional banking. 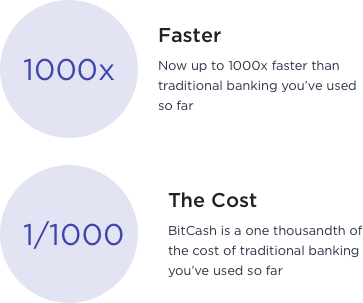 Send Bitcash to anyone, even if they don’t have a Bitcash wallet yet

Just like PayPal, Bitcash allows you to send money to anyone via email, chat or sms if they don’t yet have a Bitcash wallet, making paying bills, or sending money to friends and family a breeze. 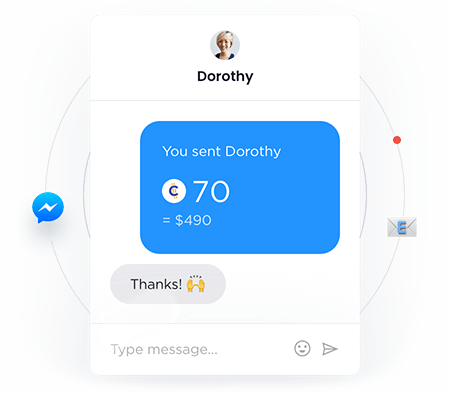 BitCash Stable addresses the problem of price volatility when sending money to a third party, paying retailers, or storing value. BitCash Stable secures the value of BitCash for the short, medium, and long term, making it easier to integrate into the financial system.

If, for example, you pay someone in BitCash (or any cryptocurrency for that matter), they must accept the risk that its value might fall before they can convert it to local currency. Few people would accept such risk, even if it was faster, cheaper, and safer than PayPal or wire transfer.

The same applies to online retailers. When accepting BitCash, they must immediately convert it or risk it losing value. Instant conversion might not be a problem for one-off transactions, but when it reaches ten, twenty, a hundred, or more, it becomes very time-consuming, costly, and risky.

You want to maintain the value of your long-term cryptocurrency holdings, too. In the physical world, investors usually turn to gold as a secure store of value, but in the cryptocurrency world, there really isn't a reliable stable cryptocurrency that doesn’t rely on third parties.

With the new BitCash stable feature, there are now 3 currencies stored on the blockchain, BitCash, BitCash Dollar and BitCash Gold. There are also 3 currency accounts in the wallet. 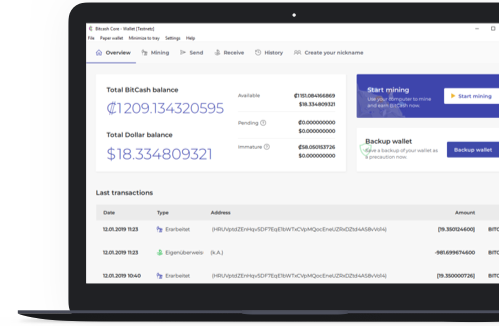 Create various accounts within your wallet

Just like your normal online bank account, the BitCash wallet will allow users to create and label various accounts within the one wallet to help consumers and merchants organise their transactions. 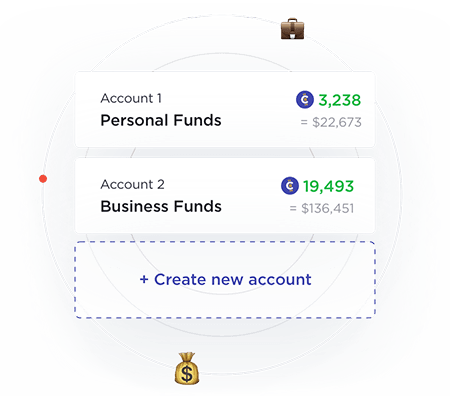 Your internet banking allows for easy statements, why shouldn’t your Crypto? With statements, both consumers and merchants can keep healthy records of their transactions. 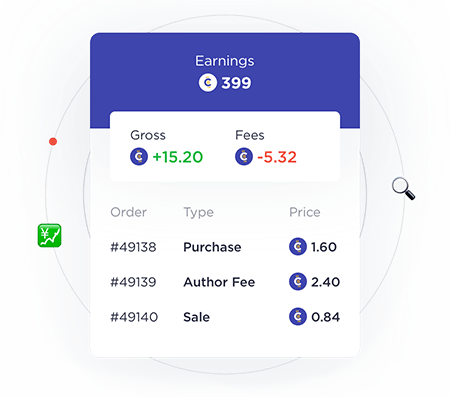 Import transactions into Quickbooks and Xero

Use BitCash to pay bills directly from your wallet in seconds. 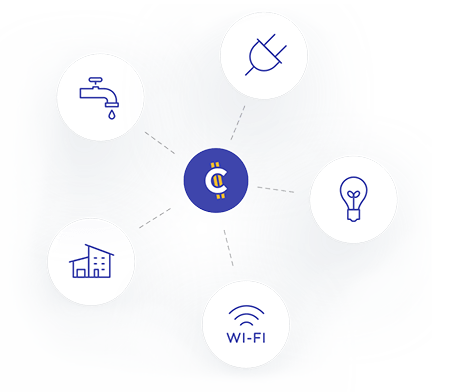 Paying employees with crypto just became easier. Set and forget, you can now pay your staff with cryptocurrency just like you can with traditional banking software. Consumers can also now pay for their favourite subscription products using crypto. 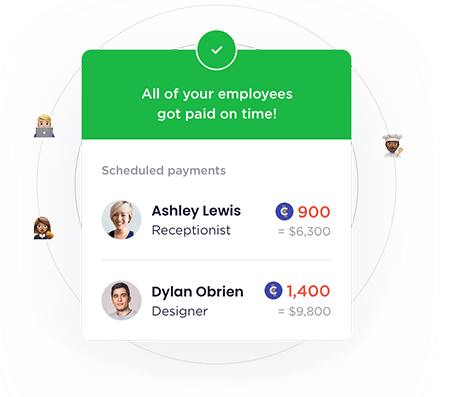 Use BitCash across 1000’s of online stores

BitCash is accepted on thousands of online stores so you can buy online easily and privately. View our list of merchants.

Unlike traditional cryptocurrencies, BitCash aims to solve both the consumer and business sides of money transfer, payments, record keeping and accounting.

Designed for ease of use

THE Cryptocurrency for business

Finally, your business can accept cryptocurrency as a method of payment as easy as accepting credit cards

BitCash is being designed and built from the ground up with one goal in mind - increase user adoption.

Some of the BitCash contributors and volunteers have decided to remain anonymous as they take anonymity very seriously. BitCash is a community-based project with no ICO and no central entity controlling the protocol. The BitCash project has no physical offices or any employees. The network is coded, designed, and run by volunteers that live in all different parts of the world and anyone is welcome (and encouraged) to contribute.

Click below to download the BitCash wallet onto your Windows or Mac computer. Use the wallet to receive or mine BitCash. 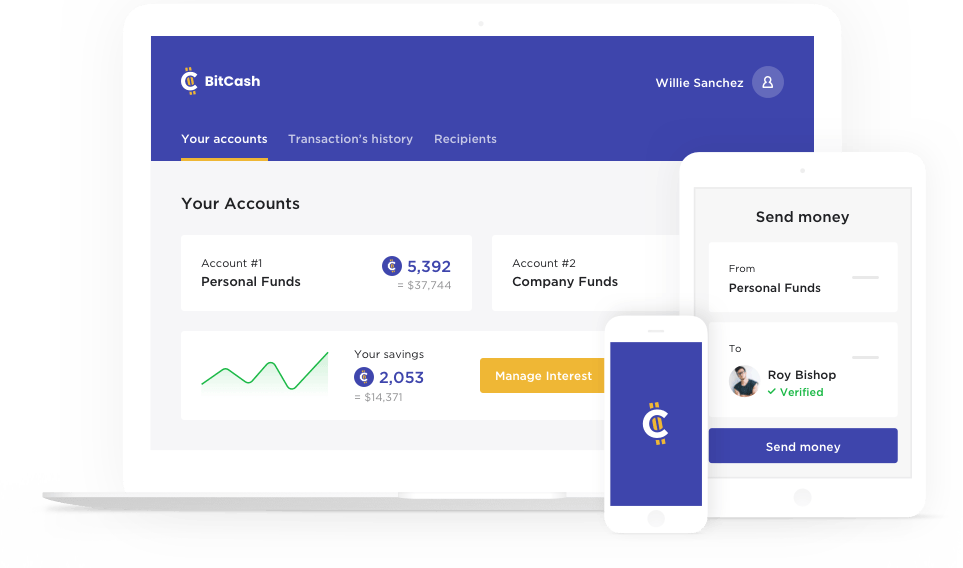 Exchange BitCash coins without any registration with the help of InstaSwap

1) Transfer Funds To InstaSwap From Your Wallet
2) Searching The Best Available Rate On The Market
3) Exchanging At The Best Rate That It Is Good For You
4) InstaSwap Charges A Transparent Fee 0.4% From The Final Amount
5) Funds Are Delivered To A Recipient Wallet That You Gave Us

What else do you need to know?

BitCash is Proof of Work coin and is a direct BitCoin v0.16 fork.

BitCash is a new and experimental protocol, so be cautious. There is no expectation of “profits” as this project is a protocol. BitCash coins are a means to transfer wealth and shouldn’t be considered as an investment. BitCash software is open source and issued with no guarantees. No money was ever raised for the development of BitCash. All work conducted on BitCash is done so by volunteers around the world.

By mining, trading, or acquiring BitCash by other means, you acknowledge that this is not an investment into a company or any such centralized entity. BitCash is an entirely open source project whereby anyone is able to volunteer and contribute. As this project is developed by the community, there is nobody solely responsible for the success or failure of BitCash.

The BitCash project has no physical offices or any employees. The network is coded, designed, and run by volunteers from all around the globe, and anyone is welcome to contribute. Furthermore, no ICO or fundraiser of any kind ever took place. All code is given away and published as open source.